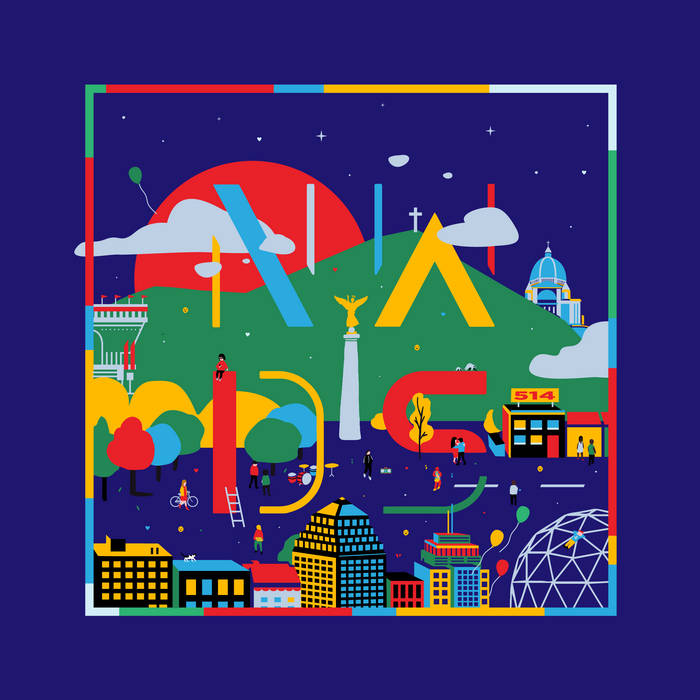 Invited in Montreal for the MEG Festival and later for the French Beat in July and September 2016, the Nowadays crew met and fell in love with the local vibe, musical scene, and lots of its ambassadors.
From those meetings and collaborations were born friendships, and the idea to pay a tribute to this rising scene. Through this compilation, Nowadays Records takes its will to bring its sound crushes to light and promote the talents of today and tomorrow a step further.

Carried by the richness and the diversity of the Montreal music scene, this compilation reflects the eclecticism and the talent of the local artists. You’ll find this unique sound characterizing the city, considered as one of the beatmaking capitals in the world.

There are many differents stories about beatmaking told there, from the electro pop (Ryan Playground, Thomas White, Robert Robert x Lia x Le Vasco, Matou x Tom Lemann, Frame), to the rough beatmkaking made in the pure tradition of the city (Ragers, DeusGod, Dr MaD, Charles Cozy, Jamvvis and Tibe) and the rap, whether it is in Canadian French (Alaclair Ensemble), in English (Planet Giza x Lou Phelps), or a unique and clever mix of the two (Dead Obies, Knlo x Snail Kid x Toast Dawg).

Bandcamp Daily  your guide to the world of Bandcamp

New sounds from Mavi, Ivy Sole & Moderator, plus AJ, the One joins the show, for her latest release